Comprised of professional players and coaches alike, the Ferdinand Football Club boasts a wealth of experience in the game and every member is dedicated to the development of all our young players.

To find out about starting your own FFG team, visit Franchise Opportunities for more info. 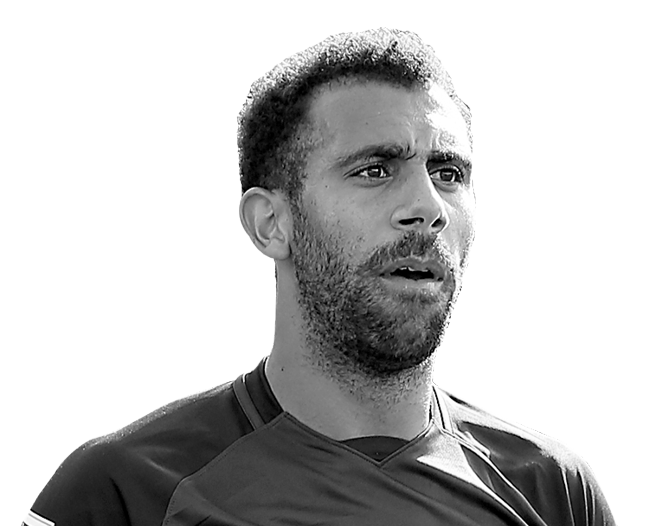 A regular selection for England’s Under-21 side, having made his debut in a 3–1 win over Ukraine at the Riverside Stadium on 17 August 2004.

A regular selection for England’s Under-21 side, having made his debut in a 3–1 win over Ukraine at the Riverside Stadium on 17 August 2004.

Anton retired from professional football in July 2019 and now is looking to give something back to grass roots football:

“Grassroots football was one of the highlights of my childhood, playing football with my friends, learning people skills, improving my work ethic whilst also having fun. For that I feel it’s only right I give back to something that played a pivotal role in making me who I am today. With FFG I’ll be doing exactly that and I cannot wait to offer more kids the opportunity to play this wonderful game” 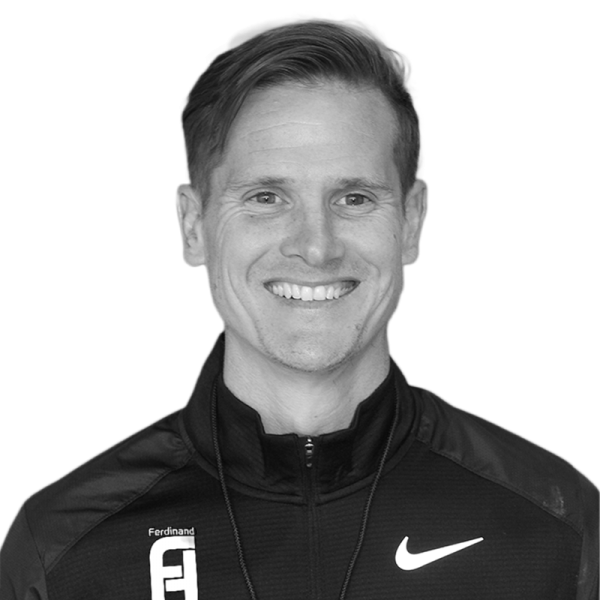 Daniel has worked in the football industry for over 15 years and has a vast amount of experience working with all different age groups from U4 – Adults.

Daniel’s journey started by working for West Ham United Community Scheme progressing up the ladder from a Coach to a Development Officer.

Daniel has worked in the football industry for over 15 years and has a vast amount of experience working with all different age groups from U4 – Adults.

Daniel’s journey started by working for West Ham United Community Scheme progressing up the ladder from a Coach to a Development Officer. In 2009, Daniel was successful in gaining a role with Chelsea Football Club Foundation as a Football Development Officer. Within this role, Daniel worked for Chelsea Football Club Academy as the Head Coach for their Development Centres in Essex and London, as well as working with their U13’s with Michael Beale as the head coach.  Daniel represented Chelsea Football Clubs international department abroad to South Korea, Mexico, Japan and Spain. These trips provided Daniel with an opportunity to work with different nationalities and observing how their different football philosophy.

From 2018, Daniel created his own company called EssexEPD that became very successful over a short amount of time in the delivery of Football & Futsal session across Essex, with over 200 children participating weekly. Daniel has also been successful in achieving funding for the delivery of Adults Futsal and Wildcats Girls only programme. Daniel has delivered many successful partnerships with ‘elite’ clubs and provided the opportunity for players to play with ‘elite’ players.

Over Daniel’s coaching journey, he has gained many qualifications to ensure his knowledge keeps increasing when working with players. Daniel’s qualifications include a Coaching for Performance in Football BSc (Hons) UEFA B Football and Futsal accreditation. Additionally, Daniel worked for his local FA (Essex) as FA Mentor in supporting Grassroots Coaches and FA Futsal Level 1 tutor.

“I have had the opportunity to work with many great people, partners and players throughout my career. This Is an opportunity I am really excited about. Being led and working with a former Premiership Footballer will enable us to give the players a fantastic insight of achieving their goal of trying to play at their highest level possible. Personally, my aim is to create the correct pathway’s for our players in our programmes; whether you’re an elite footballer or just starting on your football journey. In addition, at FFG our focus is not just football- It is to be the biggest deliverer of different diverse projects across the country and this falls correctly under our company slogan ‘Everyone’s Game’.” 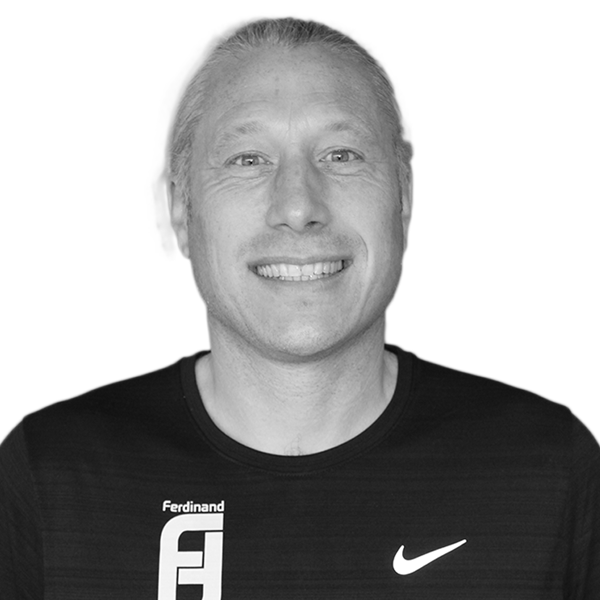 Jay is a football and futsal coach with his main passion being futsal.

Jay is a football and futsal coach with his main passion being futsal. Jay first discovered the game 6 years ago and quickly gained his level 1 and 2 futsal qualifications. Having already achieved these accreditations within coaching football, Jay understood the importance of futsal for player development and set about gaining more knowledge and expertise within the game, learning from professional players and coaches alike.

Discovering a lack of futsal opportunities for children in Thurrock, Jay started up his own club to run alongside his football sessions, creating opportunities for the local community to engage with futsal training and games. Word soon spread and before he knew it the futsal centres were thriving, and it was time to expand with new sessions at different venues taking place.

Jay takes a keen interest in the psychological corner of sports coaching and has achieved accreditations in this subject currently holding an NVQ Level 2 awareness of mental health. Jay understands the importance that sport has on an individual’s wellbeing and especially the positive impact sport has on childhood.
Jay’s ethos ‘learning through play’, is reflected in his session design, creating the environment for children to maximise their learning in a fun, progressive and challenging way.

“I am passionate about coaching children, supporting the development of the child and the player; recognising that the game belongs to them. Futsal is a fast and fluid game which recreates the street games of yesteryear and the way it engages your brain, the amount of fun you have, and level of cardiovascular fitness you gain, makes it the perfect activity for any child who loves to play. Creativity and logical problem solving are inherent in this game and that can only benefit the child in all aspects of their lives. The structure that we have in place at FFG creates a wonderful environment for your child whether they are just starting out on their football journey or have been playing for a number of years and I am thrilled to be a part of next generation coaching, welcoming you to ‘Everyone’s Game’.” 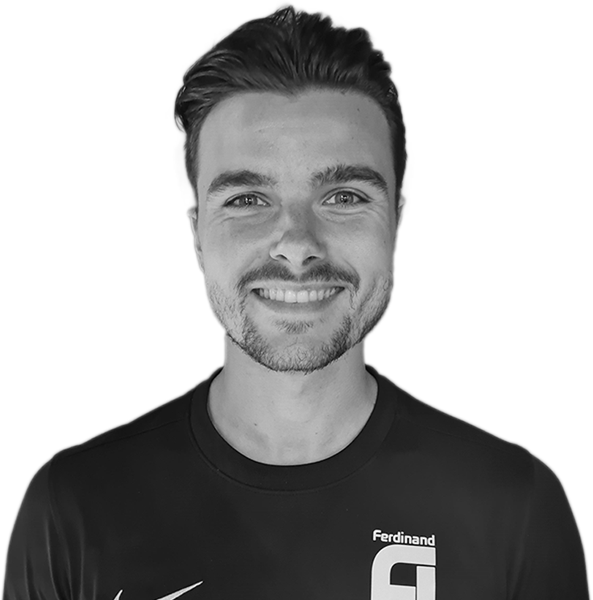 Keir is a level 2 coach in both futsal and football.

Keir is a level 2 coach in both futsal and football, has recently completed his Sport Performance and Coaching degree at the University of Essex and is always looking to learn more. Keir First started coaching in 2016, volunteering with an U10 team with Rayleigh FC while working in finance in London before deciding to go back into education, to follow his passions and strive to build a career in football. While studying for his degree, Keir began working for Dan Cornall at Essex EPD where he learned how important grassroots community coaching can be for children in both their footballing and personal development. While working with Dan, Keir took over the role of “Games Development Officer”, responsible for setting up fixtures and tournaments in futsal and football. In this role Keir enjoyed great success with his teams and formed strong relationships with the players he coached.

“I am extremely passionate about coaching, seeing how a group of players or an individual develops over time is the most satisfying part of my job, the 1 to 1 training programmes at FFG are great for this. I am very fortunate to be in a position where I look forward to going into work everyday and I like to challenge myself as much as I try to challenge all the children that I work with everyday with FFG. I take great inspiration from my School PE teachers Danny and Nick Cowley, who have gone on to achieve great things in football and currently manage Portsmouth in SkyBet League 1. Their ethos of hard work and positive attitude is one that I value very highly and try to take into every session I coach. “You get out what you put in” was a common saying from the Cowley brothers.

From his time at University Keir has developed an aptitude to Sports Psychology, writing his dissertation on “How Effectiveness of Coaching Impacts a Players’ Confidence”. Keir tries to always consider the psychological component of the FA 4 corner model when he coaches as he tries to gain a greater understanding on how psychological factors impact young footballers. As well as this, Keir excelled in his “Performance Analysis” modules which help him when evaluating player performance. This evaluation is then used as a development tool to highlight key areas, within which players should look to improve.

“Having the opportunity to work for Ferdinand Football Group is such an exciting and challenging prospect for me. I have worked hard to earn my place here and I hope to develop myself alongside all our players and coaches. For me, it’s important to feel like you are part of a team that are just as passionate about football as myself, which I’m confident that we have here at FFG.”